Cartoon showing the role of the inherited intra-oceanic (Jurassic) tectono-stratigraphic architecture (see BSZ, in Fig. A) in controlling the subsequent Alpine evolution of the Alpine convergent margin (B, C, D) in the Monviso metaophiolite Complex (from Balestro et al., 2018 Geological Magazine).

Role of structural-stratigraphic inheritances in the evolution of convergent margins 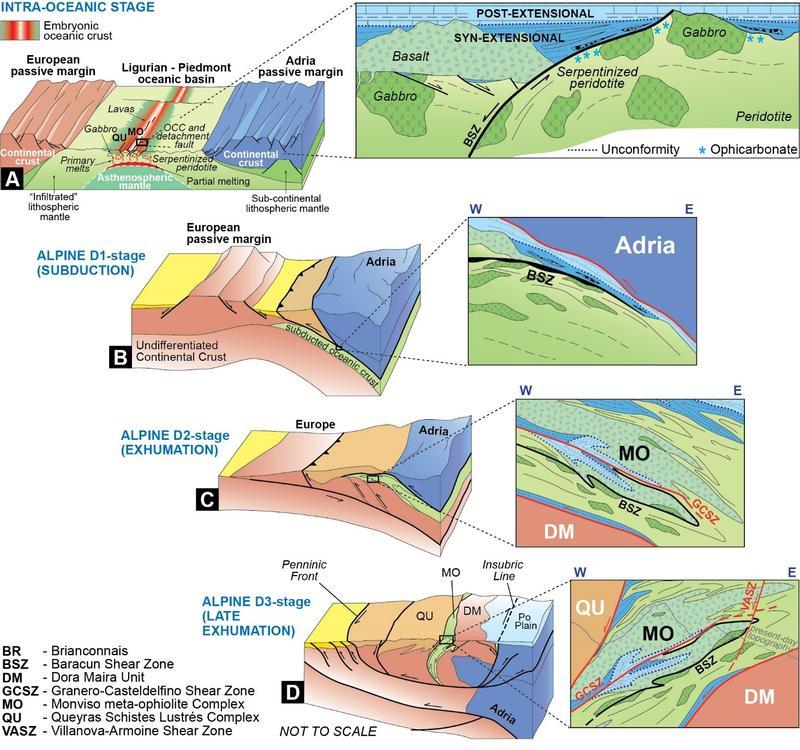 A key factor for the mitigation of natural hazards associated to large magnitude earthquakes in modern convergent margins (e.g., Mw 9.0 Tohoku-Oki 2011 e Mw 9.1 Sumatra 2004) is the understanding of the role played by structural - stratigraphic inheritances during subduction and exhumation stages.

Due to complications to decipher in detail the characteristics of those inheritances in modern off-shore settings through seismic reflection studies, our research focuses on ancient on-land analogues of convergent margins exposed in the Alpine-Apennine system where units formed at different depth, from shallow (T<300°C) to deep (T>300°C) structural levels, can be observed

The research is aimed to improve the knowledge of the tectono-stratigraphic and metamorphic evolution of exhumed convergent margins, through the comparison of metamorphosed (W-Alps) and non-metamorphosed (Apennine and peri Mediterranean region) ancient and modern (e.g., Japan Trench, Hikurangi Margin) analogues. Our results are aimed to define a model for a better understanding of the evolution of modern and ancient convergent margins and related natural hazards. 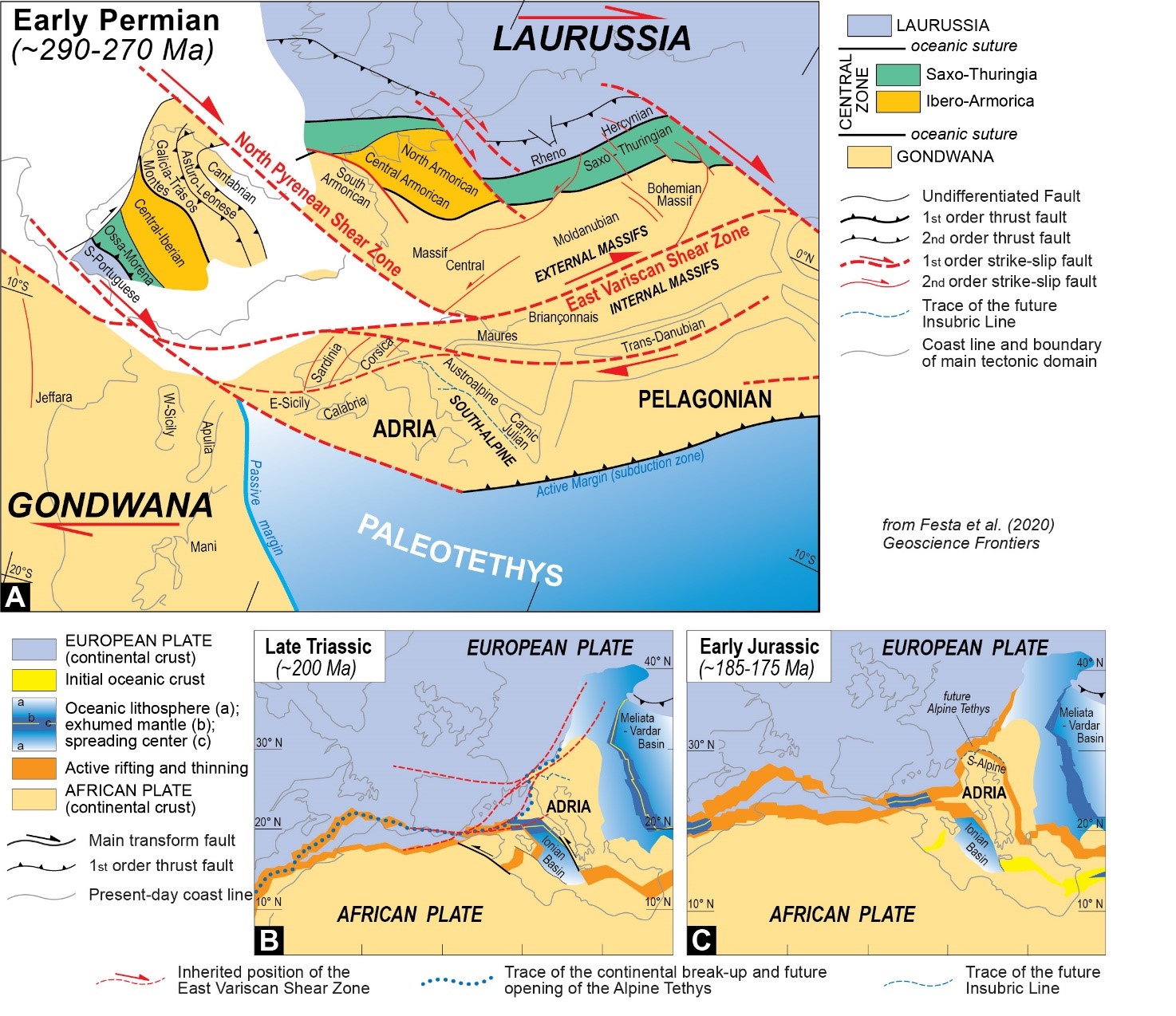